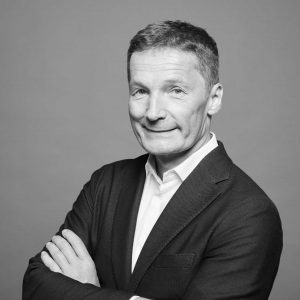 Alain is a co-founder and Managing Partner at Expon Capital,
in charge of sourcing opportunities in France, Germany, Austria, Switzerland and South Europe.

Alain is a senior Venture Capitalist, an entrepreneur and a former technical leader in global corporations. He spent the first eight years of his career in technical positions, leveraging his studies in mathematics, electrical engineering and computer science. He understood in 1995 that Internet Technologies would revolutionize the entire IT industry and decided to be part of this revolution by joining the startup ecosystem. After an MBA in 1997, Innovacom, the Venture Arm of France Telecom, hired him for his expertise in Internet technologies. As an Investment Director he invested at an early stage in companies and had notable successes with the IPOs of Netvalue, Integra and Lastminute.com, a company that generated $3 billion in yearly revenues just 6 years after inception.

He became a Partner at Sofinnova in 1999, a leading pan-european venture capital firm with a diversified early-stage Life Science / IT strategy. He experienced the dotcom boom and burst, and the tough years that followed, for both startups and VCs. In this context, he managed to secure successes in Europe and the US (Emailvision, Maximiles, Atomz and Wyplay).

He left Sofinnova in 2009 to start his own venture investments vehicle after 12 years of VC experience, 7 IPOs and having been through bear and bull cycles. Arenatis Capital was dedicated to pre-seed investments in Internet Services and Drug Development, his preferred sectors. The portfolio includes promising companies like Geneanet, Welovewords, Sirdata, and GMP Orphan.

His current areas of interest include AI driven Consumer and Business Services but also Space Technologies. He is attracted by business models and technologies disrupting legacy markets.

Alain is a martial arts instructor, loves snowboarding and is an amateur of old masters paintings.