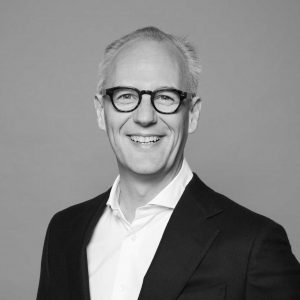 Jérôme is a co-founder and Managing Partner at Expon Capital,
in charge of sourcing opportunities in the Nordics, Baltics, Central & Eastern Europe and Israel.

He has been active both as an investor and as an entrepreneur, all in the technology, telecom and Internet space during many cycles and across many trends.

Jérôme honed his skills in the early 90s backing the pioneer of flash memory M-Systems (sold to SanDisk) and cybersecurity company Aladdin Knowledge Systems (listed). At BIP Investment Partners he led successful investments in media and communication technology companies such as EVS (IPO), Option (IPO) and Evertz (IPO), all of which became a world leader in their field. During that period, he contributed to the foundation of VOXmobile, a mobile operator (sold to Orange). Prior to founding Expon Capital, he was with Genii Capital for whom he led the successful sale of SecureIT, the datacenter used by Skype since day 1 in Luxembourg.

In 2000, he co-founded his first startup, a marketplace for the telecom industry. A defining moment where he discovered the true meaning of burn rate and how to survive on a nickel.

Since childhood, Jerome has been fascinated by new technologies and scientific discoveries across physics and biology. He has always been curious about understanding their impact, spotting future trends and discovering how to turn them into value. He is fascinated by developments in the fields of AI and Blockchain and the myriads of possible combinations as well as by SpaceTech, Quantum computing, Metagenomics, Microbiome tech, Synthetic biology, Thorium-based energy generation.

Active in multiple non-profit organisations supporting education and entrepreneurship (Junior Achievement Luxembourg, Initiator of the Luxembourg Chapter of Stanford University’s How to Start a Startup Class), Luxembourg’s internet connectivity (www.LUCIX.lu) and Luxembourg’s Venture Capital & Private Equity Association (www.LPEA.lu), of which he is the former Chairman and currently Vice-President of the Board.