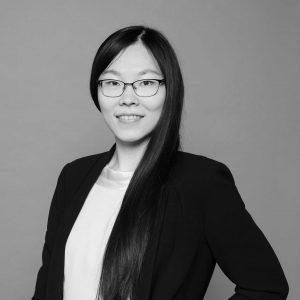 Lily is a Principal at Expon Capital and joined the team in 2019 as a Senior Analyst.

She is a corporate finance specialist with a strong passion for technology, and a former investment banker.

Previously, Lily worked as an Associate at HSBC in London, where she spent three years in the M&A and Acquisition Finance departments, notably contributing to the successful close of seven transactions. There, she gained significant deal experience in mergers & acquisitions, financing and IPO, developing expertise across several sectors: business services, energy, and industries. She began her career in finance interning with Morgan Stanley (2014) and Cube Infrastructure Managers, a private equity firm (2015).

Prior to that, Lily focused on applied mathematics, conducted academic research in behavioural economics and statistics at UC Berkley (USA, 2012), also winning an Honor Prize in a Modelling Mathematical Contest in the US.

Lily graduated from HEC Paris (Master in International Finance) and from Xi’an Jiaotong University (Bachelor in Applied Mathematics), where she received scholarships for outstanding academic performance. She passed all CFA exams with first attempts.

Lily speaks English and Mandarin Chinese and has a basic (but improving) command of French.