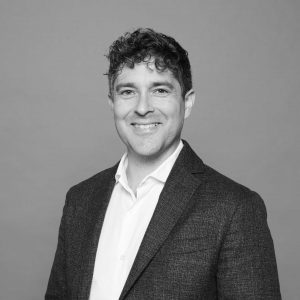 Owen is a Principal at Expon Capital and joined the team in 2018 as an Associate.

He is a startup coach, a former economist, and an avid supporter of technologies that better the human experience. His career in venture development started 10 years earlier while teaching and mentoring young entrepreneurs in rural Nicaragua as a Peace Corps Volunteer.

In 2011, he co-founded a venture-backed sustainable construction company in Lima, Peru. He developed the marketing strategy, and did public media outreach to promote South America’s nascent green building industry.

After his first master’s, Owen was an economist for the United States Federal Energy Regulatory Commission. His research on price formation and modelled analysis of the natural gas and electric wholesale markets informed the Commissioners on multi-billion dollar deals, and he developed expertise in both traditional and renewable energy sources.

He has been a venture associate at the Ulupono Initiative, part of the Omidyar network, as well as at the University of Chicago’s Innovation Fund. He has done due diligence for deals in a variety of industries including energy tech, SaaS, agtech, and pharmaceuticals. He was most recently working in corporate development for Aker Technologies, a Chicago-based agricultural data startup that’s automating ground-truthing, previously the biggest hurdle to the next agricultural revolution.

Owen has an MBA from the University of Chicago’s Booth School of Business, where he earned concentrations in accounting, economics, entrepreneurship, finance, international business, and strategic management. He also has an MS in Commerce and Economic Development from Northeastern University in Boston, where he graduated with a 4.0 GPA.

He speaks English and Spanish, and is working on adding to the list.